MULTIPLE WIND DRIVEN GENERATOR: Consists of a set of panels superimposed vertically over each other, in order to increase the impounding or impulse area, thus having more panels on the same rotary shaft, with an increase of rotary shaft bearings and increased length of the arm of the panel levers, with reinforced panel frameworks in the form of trusses until the limit of material stress, obtaining huge panels with maximum impounding capacity area of eolic power, for which radial balance tumbuckles will be used between panels and diagonal ties against vertical flexion, also subdividing the frameworks into sections or structural nodes with correspondents tensile cables for the opposite side of the oscillation area of the vanes. In this position, said panel will receive the maximum impulse from the water or wind, an impulse that will be transmitted to the rotary shaft through the panel framework.

Toward 270°, the vanes prevented from turning through more than 90° on the shaft, will present the most turning resistance, but will continue follow open or parallel to each other, allowing the water or wind to pass without difficulty. PANEL FRAMEWORK: Consists of two rectangular or aerodynamic pipes for each panel, that will be welded or bolted to the rotary shaft, at 90° and in radial form to the other panel frame, the distance between them being determined by the length or size of the vanes, parallel between pairs or panels, containing vane spindles, spindle bearings and the self-regulating stops, the parallel distance being maintained by perpendicular pipes and diagonal ties or turn buckles on the side opposite to the area of oscillation of the vanes. 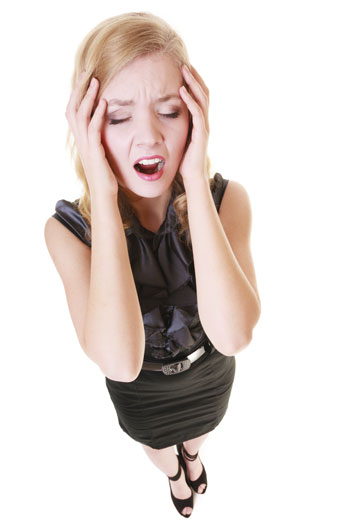 DIVIDED ROTARY SHAFT: Consists of four or more equal metal sections with seats for the rotary shaft bearings at the upper and lower ends, corresponding to each panel, and joined by flanges integral with them to form a rotary shaft to be installed on the fixed static shaft, a divided shaft that will support the panel frameworks and at the same time will serve also as support for the lower pulley or pinion that will transfer the rotary movement to the speed change gearbox, and will serve as support to the brake for the rotary structure, for installation and maintenance. FIXED MARINE STRUCTURE: Consists of a removable structure in the form of an inverted U, with a horizontal section on the platform or surface and two vertical rails at its ends, which submerged, will serve to support the rotary shaft bearings; the panels and the vanes. The speed of the rotary cylinder booster will be inversely proportional to the speed of the wind and it will be regulated by an electronic logical controller.

FIG. 13B there is seen a curved plate 77, supported from panel 2 by two horizontal springs 78 that absorb the changes in length of the panel frame and the truss and ensure pressure contact with the rotary cylinder 76, an arrow indicating the rotation direction of the rotary assembly.

FIGS. 13B-13C illustrate details of FIG. FIGS. 8A-8F show further details of the wind driven generator. The invention is characterized by presenting a large surface for impact by natural energy, wind and water, in a way different from existing systems of vanes or turbine. FIELD OF THE INVENTION The invention relates to electrical energy generation from wind or water. If this position is considered as the initial or closed movement, the panel will be facing the water or wind direction, with a large contact or resistance area, thus changing the direction of the water or wind vector, because with a minimum of four panels in the system, there will always be one in the closed position, or facing the direction of the wind or water vector, absorbing its energy without any need of adapting itself to the direction of the natural element as is the case of models with existing vanes or turbines.

In the marine sector, the use of turbines combined with dams are known, to take advantage of the force of tides, dams able to control the flow and reflux of water and the use of reversible transmission turbines, that could convert both the ingress and discharge of water with the same efficiency. Dolor lumbar causas renales . The discovery of new physical and technical resources such as the power of steam and then the internal combustion engine, nuclear energy and other inventions, relegated eolic and marine energy, which could provide a powerful impulse to the electrical development of humanity, to second place. Shortly afterwards, the Englishmnan, James B. Francis, created the centripetal turbine, giving a greater power yield and being the most widely used in our time, to which were added, the Pelton wheel type turbine with very concave vanes and all the developments made to these systems, which do however, require monumental costs for construction of suitable dams.

At the left side, a similar generator is shown on top of an apartment building, and in the background to the right, are shown two adjacent apartment buildings with similar generators giving some idea of what the future might be for wind generation of electrical energy. FIGS. 8A, 8B, 8C, 8D, and 8E, 8F show three embodiments of fixed structures for supporting the rotary assembly 1. In FIGS. The system must be manufactured with stainless material of high resistance to the force of waves and marine currents. After the next quarter turn to the 180° position C, the vanes 6 are opened and aligned with the wind direction to permit the wind to flow freely through the open panel with substantially no resistance. After turning 270° to position D the vanes 6 are perpendicular to the frame 5 offering a resistance equal only to the width of one vane.

When electricity was invented, thoughts turned to producing it and techniques were developed to generate electrical energy by other means, but the correct response to the challenge of the wind was not found by using it to turn large panels to obtain effective rotary movement. The shafts or spindles of the panels will be designed, taking into account the risk of flexion, and so they will not jump out of position and be lost. ROTARY SHAFT: Consists of a cylindrical steel pipe or other material, divided into four or more equal parts, with bearings at each end, installed at the center of the system, to which the panel frames will be bolted or welded, also containing the brake for stopping the system for maintenance or installation and coupled by pinions or a pulley system to the transmission system to the speed change gearbox.

SUPPORTING PIPE FOR VANE BEARINGS: Consists of a cylindrical pipe machined internally to fit the bearing for the oscillatory vane spindle, in the event of it being fitted in the vane and which will be installed in the molded lower and upper sections of each vane and fitted with bolted or riveted covers. FIG. 2 shows a fixed structure 10 defining an upper space 11 containing rotary assembly 1 and a lower space 12 contains an electric generator room 13. Dolor de espalda cuello dolor de cabeza y mareos . The central rotary shaft 3 is rotatably supported by upper bearing 14 and lower bearing 15. The lower end of the rotary shaft 3 is connected by a transmission 16 to an electrical generator 17. A brake 18 is disposed at the lower end of the rotary shaft. FIG. 18 shows in the foreground an 8 story building in the form of a tower, with the last floor having dimensions exceeding those of the other floors, and on this, is a small generation room, and a gigantic wind driven generator with four panels.

FIG. 11D shows two spaced stops fixed to the aligning cable 62 for receiving the ring 65 therebetween. FIG. 14A illustrates, the wind driven generator attached to railway cars. FIGS. 8C and 8D show a modified arrangement in which a third vertical column with horizontal trusses is provided diametrically opposite one of the other columns and its trusses are combined. In the generating rooms are the gearing, the rotary shaft and speed gear box and the dynamo or conventional generator, accumulators and electrical current control equipment, maintenance stores for the system and spare parts. 4. A support 33 for an aligner cable is secured in the interior angle of a bent end of the vane which resists deflection.