9, allowing for locating the tail unit at the least interfering positions with bracing wires and other structural members. FIGS. 11 and 12 illustrate an example for a crossflow starting device on a marine propeller, having wing 61 and elevator 62 extending downward into the water, keeping all other components above the waterline 63 and protected from water spray by a suitable shield.

Directional stability for said wing is provided by stabilizer 57 attached to rear fuselage 58. The elevator 59 is attached to forward fuselage 60, integrally carrying counter weight 55. Elevator and variable leading edge are counterreciprocating. Mass balance is provided by specific blade configurations with integral counter weights, eliminating pitch deviations by g-loads and centrifugal forces. This requires a blade assembly geometry of high directional stability requiring that the axis of rotation 6–6 is forward of the center of pressure, the arrangement of the structural components close to the axis of rotation and location of actuators and control surfaces in front of the axis of rotation in order to achieve mass balance with minimum use of penalizing counter weights. Manual control by adjustment of bracket 45 acts on crank 40 by means of linkage 41 and 42, employing bearing 43 for separation of rotation and transmission to hollow shaft 44 and lever 50. Automatic advance is acomplished by centrifugal governor, employing weight 48 to actuate crank 40 by means of linkage 49 and in conjunction with the preset loads on springs 46 and 47. The governor systems at each blade assembly are interconnected by their common linkage 27, 28 of the speed control and the common linkage 43,44 of the advance control respectively.

Compensation for the phase lag is accomplished by this invention through changing the sinusoidal oscillation pattern of the controlsurfaces to a squarewave pattern by tilting bearing assembly 20 to an inclination, producing a larger stroke as can be transmitted to the control surface because of a stroke limiting device 37 in conjunction with flexible linkage as indicated by lever 38 containing a leaf spring 39. This can be further enhanced by shifting the axis of rotation of the controlsurfaces behind their center of pressure, thus making the hinge moments negative. This is accomplished through linkage 11, 12 and 13, connecting tailsurface 8 with the outer ring of bearing assembly 15. The inner ring of said bearing assembly is seated in inclined position on hub 4, having its tilt axis 19–19 tangentially to the blades orbit and peripenticular to the axis of rotation 6–6. For example, bearing assembly 15 can consist of one or more standart ball bearings and suitable inner and outer bushings.

Said control of the inclination of bearing assembly 82 in FIG. In FIG. Dolor en el lateral de la espalda . 15 another configuration is described, having one centrally located inclining bearing assembly 99, serving the control of all control surfaces at all blade assemblies. 1 showing the wing, tail and variable camber flap deflections during an operating condition at high advance ratio. 17 is demonstrated that an identical operating condition exists having the inclined bearings in parallel orientation as accomplished by chaindrive 85 in FIG. Efficient operation depends basically on the accuracy of the pitching motion of each blade, which is different for each operating condition. During steady operation, the pitch cycles repeat with each orbit of the blades.

Control of the engine output is accomplished by cyclic change of the pitch of each blade. 14 demonstrates that the required stiffnes of cantilevered control surfaces can be accomplished by applying a boxtail type configuration. 9 and 10 show a blade configuration where a slender wing 56 is rotably mounted close to its aerodynamically neutral axis.

11, having a cross flow starting device, but each inclined bearing is mounted with a fixed axis of inclination tangential to the radial structure, as illustrated in FIGS. Indirect pitch control of freely rotating blades by means of trim tabs, controlled by cam devices, has been proposed, but is insuficient for achieving accurate pitch control throughout the range of advance ratios because a trimtab alone can not provide for the longitudinal stability and control needed for accomplishing the fast pitch changes by a cycloidal turbine even at very low speeds. Prior art has not employed adequate systems for compensation of inertia interaction effective in indirectly pitch controlled systems, therefore cycloidal engines of high efficiency have not been accomplished. 13 at gear 97, will control the angle of attack of all stationary wings 61. This would also serve as rudder control for a ship after the propeller has been stopped. 7 to 10. These devices change the zero lift angle of the symmetric airfoil of wing 7, thus requiring no, or very little rotation of the wing assembly, which reduces the inertia interaction considerably.

A further objective of this invention concerning the use for marine turbines and propellers, is the arrangement of supporting structure and all moveable mechanisms above the water line, requiring only the solid portions of blades and control surfaces to contact the water. The activation of the cross flow can be controlled by remote sensors in the external flow, switching an electromechanical actuator 81 for rotating said deflectors into or out of the path of said cranks. Remedio natural para el dolor de espalda . 18 as soon as the applied torque 90 ceases, but the external flow 16 is maintained. 16 is in the propeller mode, the blade assemblies propelled along their orbit by applied torque 90, producing an external flow 16 and a thrust 91. In FIG. Said forward and said rear fuselage including tail units can be located at different stations along pivot axis 6–6, the fuselage structure being connected to either the wing itself or to any extension of the wing unit or of said hub elements rotating with the wing as indicated at 4 in FIG.

Each of said blade assemblies is mounted freely rotable about axis 6–6 by means of low friction bearings in said hub, having either the hub casing connected to the blade structure and the hub shaft to said radial structure or vice versa. A further object of the invention is to provide a cycloidal propeller, which accomplishes the transition from the reciprocating motion of the blades centered about their orbit at low advance ratios, to the fish tailing motion at high advance ratio, centered about the line of travel; thus capable of extending the speed range of an air- or waterborn vehicle above the orbital speed of the blades, allowing reduction of absolute blade speed and wave drag or cavitation connected with excessive fluid flow velocities. Therefore a high degree of pitching stability and control, which is only available with airplane type wing and tail configurations, must be achieved. Therefore pitching oscillations of the blades must be maintained continuously. 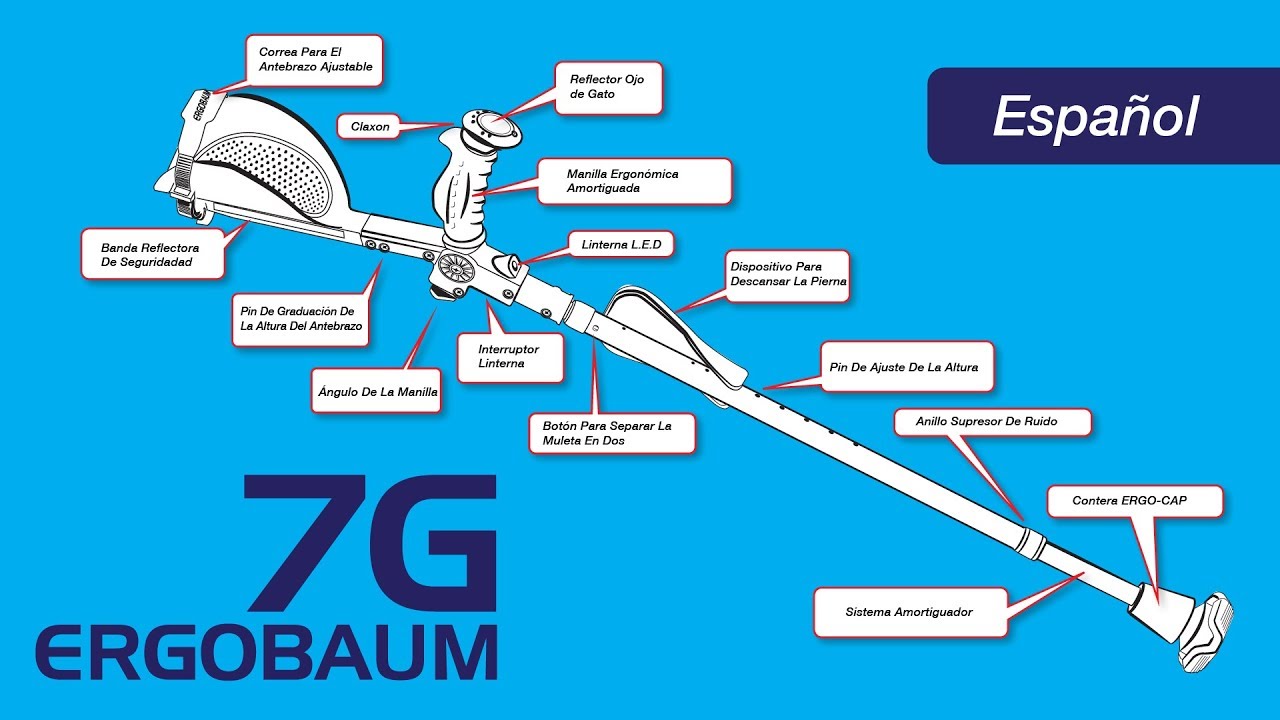 Another objective of this invention is the achievement of durability, reliability and cost effectiveness by using standart low friction bearings and other standart parts to meet the most complicated guidance and control requirements for the cycloidal motion of the blades. Crossflow starting action can be enhanced by arranging a second deflection 80 in radially opposed position at bracket 79. This deflector must tilt bearing 65 in opposite direction and deflect crank 69, as indicated in the brakeaway drawing in FIG. For the purpose of starting a crossflow, a tilt axis 67–67 is provided being radially oriented.

The deflection of the control surfaces originating from the relative motion between linkage 11, rotating with said blade assembly, versus the inclination of bearing 15, whose inner ring is fixed with respect to said tilt axis and rotated with hub 4 in fixed relation to the mainshaft 1. The inclination of said bearing causes the control surfaces connected by said linkage to reciprocate.

Deflector 70, mounted to bracket 77, can be swivelled out of the way of crank 68, as indicated in FIG. Gear 105 is rotated with gear 104, retardation or advance with respect to gear 104 causes movement of crank 101, causing control of the magnitude of thrust and thrust reversal. The deflection of said surfaces vary sinusoidal and proportional to the inclination, determines the magnitude of said angle of attack, thus controlling the torque or thrust produced by a turbine or propeller. 18 and cut off torque 90 indicated in FIG. In order to effect an operation of a turbine or propeller, it is necessary to produce an angle of attack α, by deflecting control surfaces indicated by tailsurface 8 to one sidewhile traveling the windward half of the blade orbit, and to the other side during the leeward half of the orbit. Dolor muscular generalizado sin causa aparente . 6, in order to advance the reciprocating cycle of the control surfaces.

The phase lag of the pitch cycle is compensated by replacing the sinusoidal deflection pattern of the control surfaces by a square wave pattern and a provision for automatic or manual advance of the reciprocation cycle of the control surfaces. This is a continuation in part of patent application entitled “Cycloidal Fluid Flow Engine” and which was filed at the Patent Office on 02/10/77 SerialNo. This crossflow continues in the direction of initiation, producing a sustained thrust. 1 shows a side view of a turbine constructed in accordance with my invention demonstrating the arrangement and configuration of the blade assemblies and the reciprocation of the control surfaces by an inclined bearing. Such a configuration would resemble FIG.